The effects of a divorce on the children involved can be detrimental to their development into healthy adults. A 2019 study published in the journal World Psychology revealed that while most children of divorce go on to lead well-adjusted lives, some may face a variety of problems over the course of their lives due to their experiences in the divorce process. A good co-parenting relationship may help mitigate any negative effects from a divorce on children. One of the benefits of the Collaborative Divorce process is that it helps clients work toward that positive co-parenting relationship which ultimately benefits the children.

Co-parenting is the sharing of parenting responsibilities between the parents who are separating or getting divorced.  All families have some framework under which parenting duties are shared and decisions are made, some more functional than others.   When splitting up, some couples get caught up in the animosity of the adversarial process and lose site of what is best for the children.  Dysfunctional parenting frameworks can become even more so when communication breaks down.  Even the best parenting frameworks can become strained by the stress and emotion of a breakup.

How to Achieve a Co-Parenting Relationship

Divorce litigation usually will make an already strained relationship worse. The process of preparing for trial—think lawyers digging into financial records and questioning each partner in costly depositions—encourages each side to become more adversarial and further entrenched in a dysfunctional parenting framework.  The animosity and resentment engendered can affect the relationship for years after the divorce is final.

A good co-parenting relationship benefits parents and children alike. If the parents are able to communicate and trust one another, it makes both of their lives easier. Dealing with unforeseen circumstances, like a change in the time to pick up the kids for a holiday visit, can be achieved easily and without acrimony. It may also mean that they are more willing to share time and responsibilities, giving each parent ample time to build a solid relationship with the kids.

parents.  When they know their parents are on the same page, children are discouraged from trying to play them off one another to meet their own agenda.

As the study in World Psychology notes, children are negatively affected by a bitter divorce.  Ask your friends or colleagues whose parents are divorced, and they will probably back up the psychologist’ findings with anecdotal evidence of their own. Their stories may differ based on whether their parents divorced with hostility and resentment verses those whose parents worked to treat each other with respect and dignity, communicate better, and rebuild some level of trust.  When a child’s needs are truly prioritized by both parents during divorce, they have a much better chance of growing into health, happy adults. 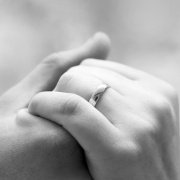 Why I Hated the Movie “Marriage Story” Part 1

How (Not To) Fight
Scroll to top